RELIEF, HEALTH, HOUSING AND SAFETY FOR PEOPLE IN UKRAINE

UMCOR continues to assist people fleeing from the destruction and death caused by the war in Ukraine. The provisions of primary and mental health care, shelter, food and welcoming community have helped over 390,000 people to-date survive the violence. Read UMCOR’s Ukraine report here >>

As soon as the Russian invasion of Ukraine began on Feb. 24, 2022, Ukrainian refugees — mostly women and children — began arriving in neighboring countries. Some by train, some in cars with bullet holes.

“We didn’t know where we were going; we just went west,” said Anna, a refugee from Kyiv staying at a United Methodist retreat center in the Czech Republic.

United Methodists in Eastern Europe have been welcoming refugees since the beginning. Many offer shelter and basic daily necessities, in many cases hosting the refugees in their own homes. Others arrange to transport food and medical supplies back into Ukraine for those who cannot leave, and help refugees acquire legal documents that they may have left behind or lost while fleeing their homes. As the conflict drags on and more long-term needs arise, churches help children with school and help their parents find more permanent housing and jobs. When asked, the response is always that they will help as long as necessary.

United Methodists and others wishing to provide humanitarian assistance to the Ukrainian people in the wake of the Russian invasion of their country may contribute to Advance #982450, UMCOR International Disaster Response and Recovery. This fund will provide direct assistance to those in Ukraine as well as assistance to Ukrainians fleeing to neighboring countries.

Gifts to support the people of Ukraine can be made in the following ways:

One hundred percent of all Advance contributions go to the designated cause.

The United Methodist community in Ukraine, though quite small, is actively engaged in assisting neighbors in need. Global Ministries is in touch with the church’s leadership as well as with church leaders in countries welcoming those who are fleeing from violence in Ukraine. 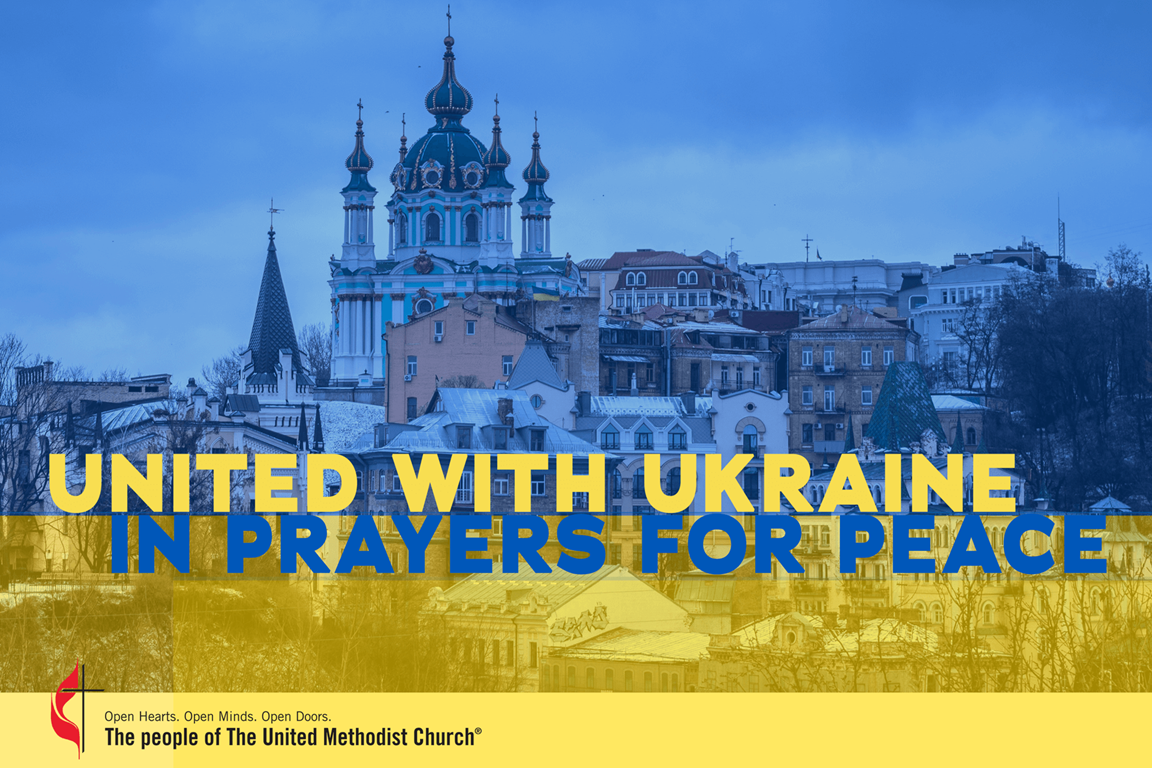 United Methodist Global Ministries offers an eight-question guide to the history of Methodism in Ukraine, how UMCOR is responding, and the best ways for you to help now.